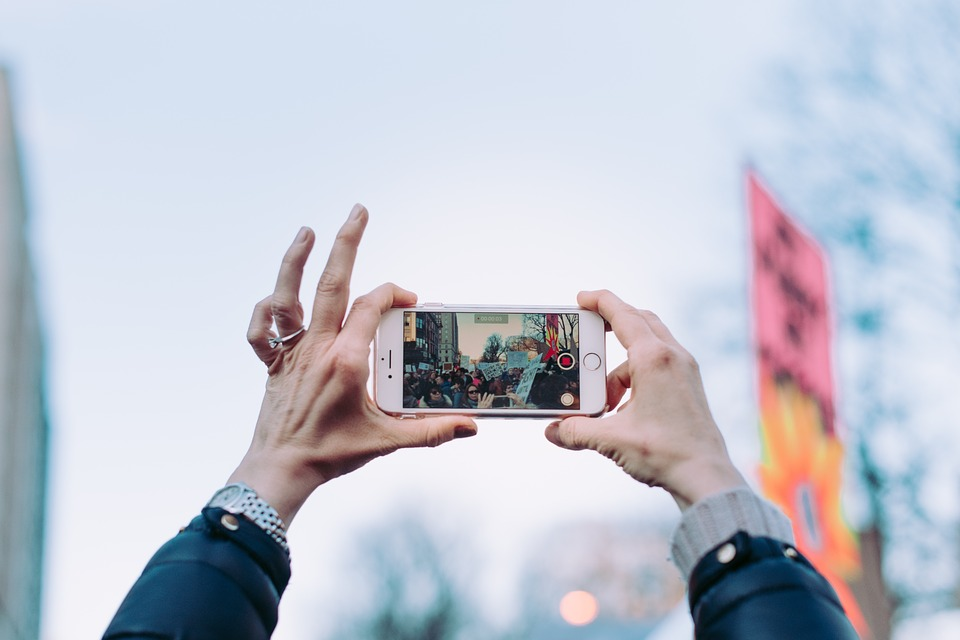 Picture this: You’re sitting at a table on a balcony and see a person running down the street holding a knife…Is your immediate instinct to whip out your phone and start recording?

Answer the poll below if you wish to participate…

This is an impasse that citizens often come across when faced with potential breaking news events and social media. Recording and distributing is becoming a bit of a knee jerk reaction for us digital natives.

With mobile documenting capabilities available at the click of a button, citizen journalism via social media is becoming a more prevalent news source than ever. Many of us are now hearing about breaking news stories on social media outlets such as Facebook, YouTube, Instagram and Twitter.

Here are some major instances in which social media had the first scoop:

In an age of citizen journalism, digital propaganda and fake news, questions surrounding accuracy and trustworthiness arise. As Media and Communications students, a way that we can get on top of this is by ensuring that we are following credible news sources on social media such as SBS and ABC News. As well as this, if we have the time, it wouldn’t hurt to check a few extra news sources in order to corroborate facts. It’s also important to remember that we are consumers of news and should reflect upon hidden agendas and angles that each news source, publisher or editor may have at any given time. Corroboration of facts and analytical consumption of news presented to us will ultimately make for stronger principles as a communications practitioner.

Besides citizen journalism via social media and navigating all that comes along with it, we have now reached a new age which, in this instance, we can call ‘perpetrator journalism’. This is the stage where perpetrators of violence and terror have used social media platforms to not only push their agenda, but to record violent acts.

The largest scale example of this can be seen in the recent mass shooting that happened on 15 March, 2019 at two mosques in Christchurch, New Zealand. Over 49 people were killed, and 20 injured. Throughout this event a 17-minute video was posted to Facebook, YouTube, Twitter and Instagram. Before the shooting occurred, a message was posted to 8chan, which included a manifesto and poster stating that the attack would be live streamed.

Drew Hardwell of the Washington Post tweeted about the significance of social media’s role in this event:

“According to Facebook, it removed 1.5 million videos of the attack globally during the first 24 hours.” This statistic gives rise to the fact that this was not only one of the largest scale events in which social media was heavily involved, but also that this mass shooting was carefully designed to go viral. Facebook especially enabled this particular perpetrator of violence to gain a much wider audience, relying on the moral panic of citizens to spread his message.

Following this event Facebook has changed its live stream rules, restricting live stream video content and threatening users with bans for misuse. The next question that arises surrounds whether or not this rule will be enough, given the many other platforms available to us. What will happen in the future with social media and large-scale events? Will Artificial Intelligence be the next media tool that comes into play?

Events like these, especially when distributed and replicated so quickly reflect, “heightened global fears that Facebook, Google and Twitter have become conduits for terrorism, unable to keep pace with malicious actors”. This will be a topic of great importance in the Media and Communications industry, not only now, but also for years to come. The idea that one tweet spread via a hacked account or one short video created through the use of emerging technology (such as AI face mimicking software) could spark violent retaliation, is quite alarming. As Media and Communications professionals, we must always be reactive and innovative in this constantly evolving media landscape. �݊